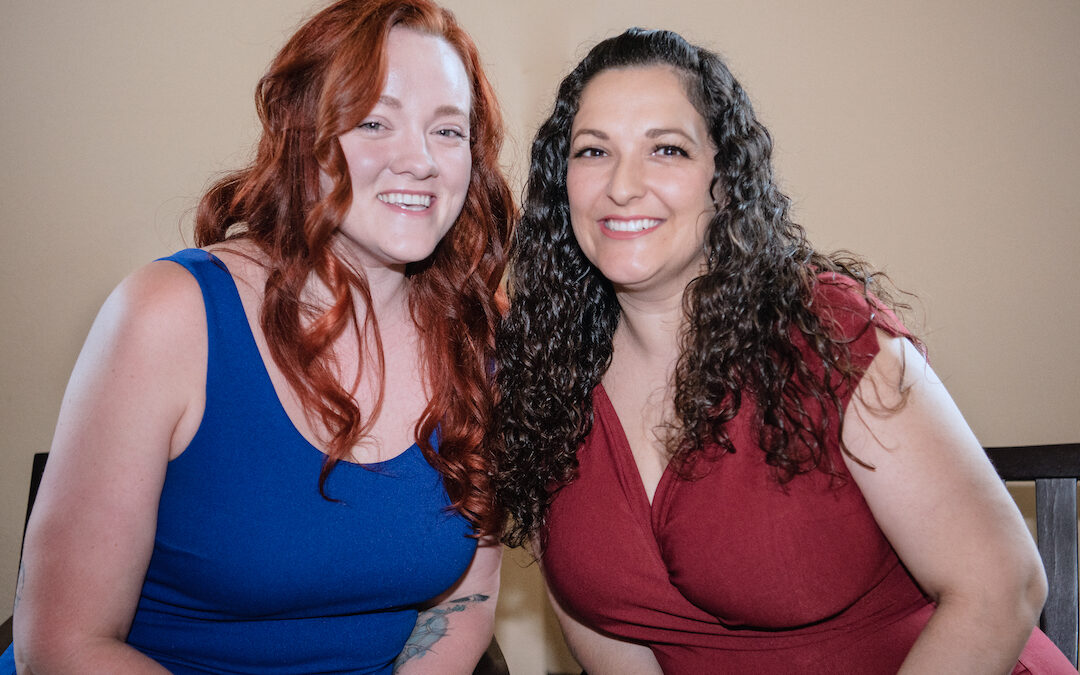 I’ve wanted to write this blog for about three months. However, it’s been a challenge, and honestly a struggle to find my voice on the subject. I find it so easy to write about the law — it’s so black and white — but it’s completely different when writing about my feelings and perspective on a subject as important as equality. But, when I think about this subject, I think about my mom, and my grandmothers and the women who came before me who were alive for, and were parts of the movements that afford me the freedom to express my voice as a woman and female business owner. So, today, I’m going to do something I haven’t before. I’m going to let you inside the mind of Lauren Edwards — the woman, not the lawyer.

While the Amendment did move the country forward, the fact is that many were still left behind. Many forget that it wasn’t until the 1960’s that women gained the right to open personal bank accounts without their husband’s consent. Furthermore, it wasn’t until the Equal Credit Opportunity Act of 1974 that women were given the right to open credit cards without fear of discrimination. Not to mention the Civil Rights movement and ongoing fight to govern our own bodies that exists today across the country. I say this not to devalue or degrade the significance of the 19th Amendment, but to reflect on the fact that the women’s march toward equality is something that has taken a long time and continues to this day. It’s something we cannot stop working toward because these rights are fragile and can, and at points have, been taken away.

Recently, I came across a People magazine profile of a Nebraska woman celebrating her 114th Birthday. As I read through the piece, I realized that she not only lived through a time where she couldn’t have money or credit of her own but was actually born in a time where she was ineligible to vote or have a voice in local, state, or national government. As I say this, I will tell you that I fall into the trap of feeling complacent or feeling that I have enough and that my fight is finished. However, when I think about what I’ve seen and endured, it’s easy to see how wrong I am.

What this profile made me think of is not only how far we’ve come, but also how far we still have to go. Today, our rights and equal treatment are still being eroded from under us by a government, and a system that refuses to uphold the ideals set forth by the 19th Amendment, Equal Credit Opportunity Act, and others. For the past six years we’ve witnessed political rhetoric and a government that publicly shamed women, made us less equal than our male counterparts and frankly, reminded me of where we were in 1991 when lawyers persecuted Anita Hill for Clarence Thomas’s actions. We’ve watched as countless women who were victims of sexual violence were put on the stand and made to prove their innocence. We’ve watched them be labeled extortionists, soft, too emotional; and essentially have seen men carry out a modern day equivalent of a witch hunt against them.

And while I can sit and hope that this changes, the scary thing is that I see this as a much larger trend: one that permeates our government, our private sector, health care and every other item that we, as a society, rely on. It’s interesting to watch as rights, such as voting, are being stripped from specific populations or even geographic locations in order to keep key people in power, while at the same time we are inundated with visual cues such as the inclusion of a rainbow flag icon or personal statements shared on social media, which are purported to signify progress. It is also disheartening to see the constant struggle of advocacy groups bombarded on all fronts and frankly stretched too thin. It often feels that we as a society have become so consumeristic and money-hungry that we’re failing to remember and uplift the values and hard-fought freedoms that made this country so great.

While I could go on and on all day thinking about the fact that voting rights are currently under attack, the article also made me think of my grandmothers and helped to put advice they shared with me into perspective. Because the fact is, we have made a lot of progress. But, we cannot sit back and think that the progress of the past protects us now and in the future. We have to be vigilant and continue to fight.

Why it makes me think about my grandmothers is that both of them came from different backgrounds, with one growing up in Venice, Italy and the other in Augusta, Georgia. Yet, despite their differences, both socially and ethnically, they arrived at strikingly similar views on the place a woman has in the world. Both of them were insistent on not rushing into marriage, not making the search for a spouse my life’s purpose, and on identifying and pursuing passions that brought meaning to me and made me whole.

As I think about what their legacy means for me, I feel particularly grateful to be alive at this period of time in our history. While there is a great deal of social upheaval, inequality, and strife on a global scale, I can say that everything I have today is because of the strides made by generations of women before me — women who had the courage to fight for gender equality, and the perseverance to ensure that these rights are inclusive of racially diverse women as well.

In fact, the ability to write this piece in and of itself, as a practicing attorney in the United States is a testament to the strength and the determination of generations that came even before them. And it’s this context that makes me wake up everyday thankful for the woman owned business I’ve been able to build with my law partner Natalie, and for our continued emphasis on promoting the equal rights and freedoms of women and other marginalized groups. This includes arguments in court for equal rights but also being present as part of the broader legal and female legal communities to help ensure that our voices continue to be heard and that we continue to lift each other up. Without the work of countless women before me and the work women continue to do, I would not be able to be an attorney on the front lines. Instead, I’d be crafting dinner menus, not opening arguments.

So, as I leave you today, I do so thinking about the idea that where we are today is built and supported on the shoulders of the generations of women before us. I think about the progress we’ve made in a relatively short period of time and the progress we continue to make day after day. While the fight didn’t start with the 19th Amendment, the Amendment certainly provided credence and validity to the value of women in our society and paved the way for us to seek equal treatment regardless or gender, color, sex, or identity. So, I raise a glass to the 19th Amendment to Say “Happy Birthday.” For 101, you’re looking pretty good and continue to be a moment in our history from which women draw strength and determination.

I would like to send a special thank you to Kathryn Diemer, a colleague I draw tremendous inspiration and motivation from, for sharing her own experiences and helping me find my voice not only with this post, but also as a professional woman. Kathryn is a founding partner of her law firm DIEMER WHITMAN & CARDOSI LLP, located in San Jose, California & a true badass woman and attorney.